#BRU Restoring the Umgeni as a trout stream

Visits to the Umgeni in late April and early May revealed that the teff and eragrostis planted at the end of 2017 has germinated well and has covered several spots previously left bare by wattle felling and fire.

The river valley is however thick with blackjacks, as is commonly the case at this time of year, as well as a fair amount of bramble, and wattle seedlings have germinated where we previously cleared.  All this is normal, and to be expected however, and the landscape is looking great. 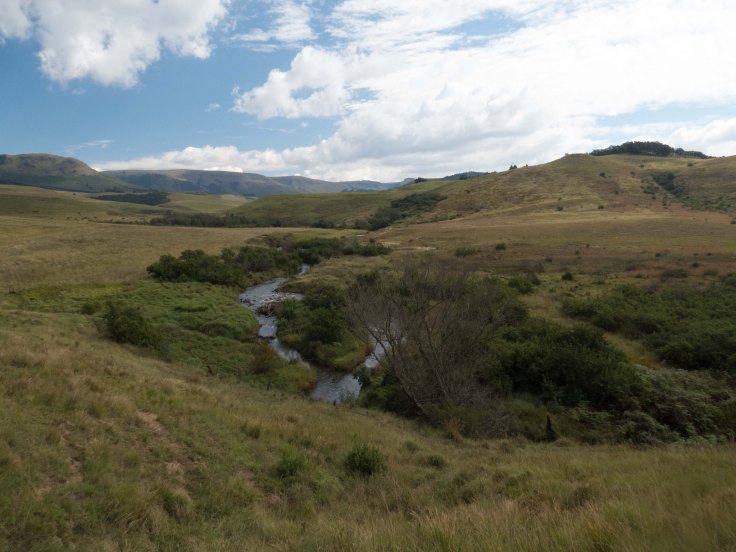 Fishermen enjoying the river are once again reporting brown trout being caught all along the length of river, in places where trout were previously few and far  between.  Good sized brown trout have also been spotted spawning in the shallows (and even captured on video).

a fly-fisherman foremost, but also a writer, photographer, fly tyer, husband, and father. I live in the midlands of Kwazulu Natal province, South Africa, where I have been fishing since the early eighties.