#BRU Restoring the Umgeni as a trout stream

Over the first 2 weeks of September  2018, we had five days of work on the steep spots at the lower end of Furth Farm, as planned and reported in the previous post here.

The work was challenging, with diesel outages, machine drivers going AWOL, snapped chains, angry bees  and all the difficulties that come with dropping trees off a cliff into deep pools and then trying to extract them with heavy chains and staff who don’t swim.

But we did it. And, an unspoken, overly ambitious goal to do another section below that, became a reality. We did it!

It feels like a significant milestone has been achieved.  At 3:30 pm last Wednesday, when staff were due to pack up, I said to Don Stirling “what about that one….its the last one”, and Don obliged and got his team to fell that last tree.  As far as I know, our days of heavy machinery and professional chainsaw gangs working in a wild whirr of noise, and bleeding money, are now over on the Umgeni. 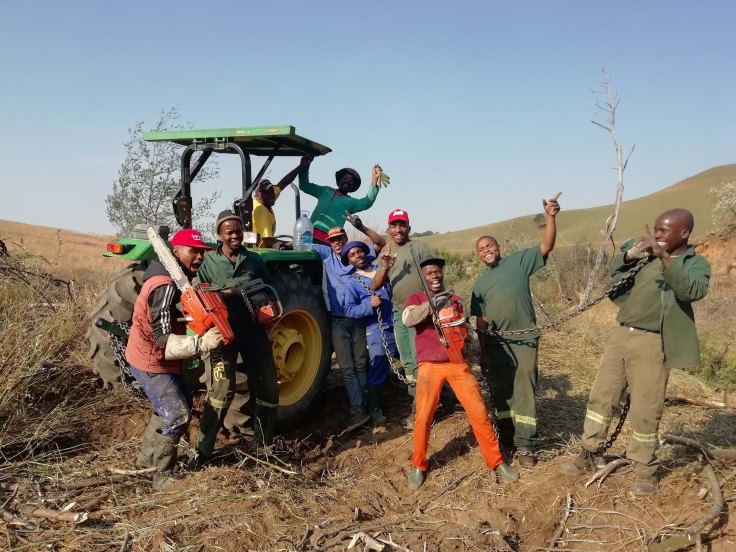 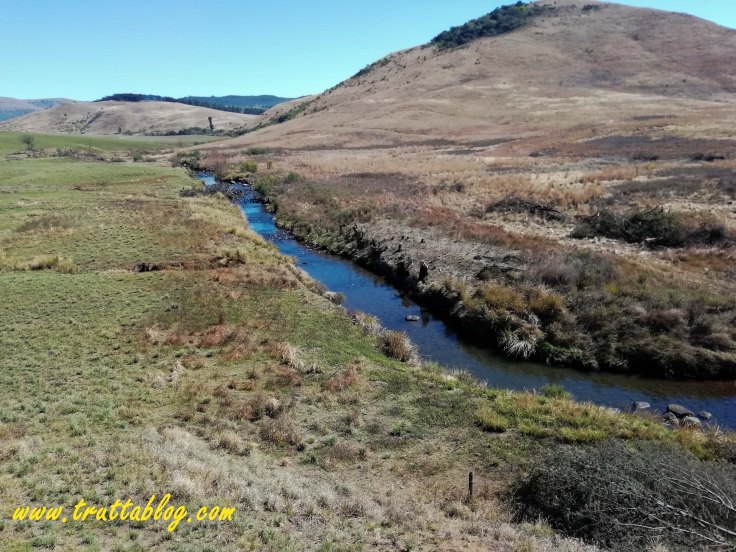 Much maintenance, and “parks and Gardens” type work lies ahead, and we need to go and inspect some areas cleared by WFW some years ago, but the big hairy audacious goal that we set ourselves is conquered.   It has  been 5 years and  hundreds of thousands of Rands, but the end result makes it all worthwhile.  Stand by for a chapter in which we share multiple pictures over the seasons, showing what it looks like now.  Perhaps we will go and search out the exact spots in which we took old photos and do some “before and afters”.

That is something to look forward to!

a fly-fisherman foremost, but also a writer, photographer, fly tyer, husband, and father. I live in the midlands of Kwazulu Natal province, South Africa, where I have been fishing since the early eighties.